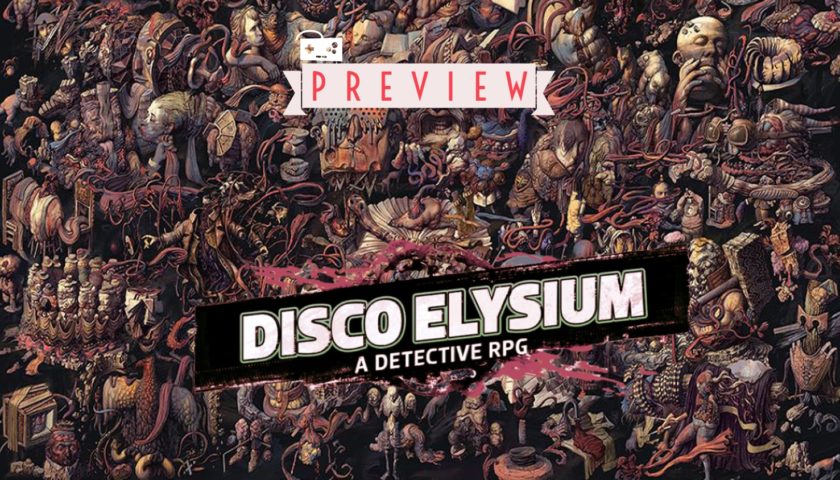 Truth is: you never knew what Disco is. «Disco Elysium»: why really the best game of 2019 is so disco (spoiler free)

Disco Elysium is a unique detective RolePlayingGame experience on genres edge between ComputerRPG and adventure game (mostly known in Russia as quest), revealing itself practically as social RPG, because whole game run in open world map and dialog tab.

In the industrial city named Revachol strike blows, then murder occurs and moreover here comes you – professional and broken detective to decide Revachols fate. But first, you need some devastating realty lay-down, therefore you are amnesiac – and why are you may turn out one even bigger case to solve.

Disco Elysium would mostly appeal to those who can appreciate narrative passages and immersive reflection in videogames. That to say it is a Game of the Year for script and writing due to The Game Awards 2019 (actually leading in it also by number of awards in total with four) and many others. And it has completely no fighting system whatsoever, just very few in-fight dice-roll checks as to any other reliable action in the game. You heard it, Disco Elysium brings dice-rolls from broad games to the game once again.

What so good about the game can be shown in it’s just first hour. It’s really innovative for player to feel, like as if you are experiencing this deep down drown of human being yourself. Characters of Disco can make you feel uncomfortable, pity and weak or smashing and hustling, but mostly just pity and weak.

Within first hour you will be presented to all of its unprecedented features. Mechanically first of all it’s the Thought Cabinet where you along your amnesiac hero can learn the world, reality and yourself in it. Thought Cabinet lets you pick which of the thoughts generated by game encounters you will proceed with (yeah, I know, just like in real life!). It’s you formulate the thoughts by your actions precisely, then the thoughts you pick to internalize will formulate you (just like in real life, yeah?!).

But most importantly it is the immersive psychologism in it. Oh boy it does psychologism on you. Frankly putting you in constant fight with your psyche (yeah, I know…). Where most of the game is you speaking to your more or less prescribed appearances (skills) in head – like logic, empathy, perception, endurance or less conventional conceptualization, drama and some esprit de corps (which is nevertheless really just cop discourse and level of your professional deformation). There was one, okay maybe a few more, times in game where I felt like I’m some beta-omega shit myself in real life because of the level of writing in its games NCP’s and how their rhetoric was slaughtering me at the moment.

Disco Elysium is this unique game that delivers the joy of crushing learning like in childhood. Then continues it with your teen existential crisis. And finishes with more of it. So not to say to your good. Cas once the learning is over game suggests you will be haunted with the case. But the case turns out to be substantially aesthetic mystery…

Never to say it is bad, but finishing it was hard enough via games native speaking English (though its Estonian developer) – so to say it is very good to strengthen your English – but also case progresses like there is no you involved, so as far as you good with proceeding at handling world and your psyche, case feels just not as much sensually important, always to far from you till games very end.

Nevertheless increment ends, the game is abnormal at its core features that makes you feel just so involved with character, which gives Disco Elysium status of one of the best role playing game there is to be. Highly recommend for big, smart and sensual narrative.