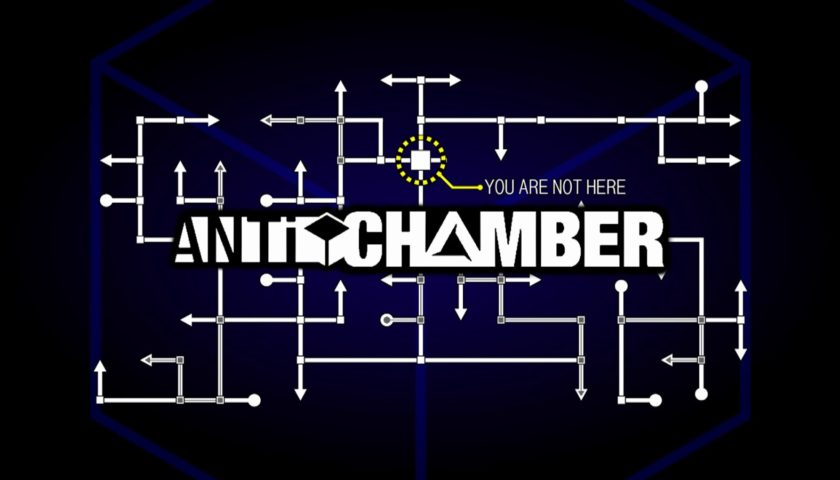 «Antichamber» is a first-person indie puzzle game released at January 31, 2013 by the developer «Alexander Bruce» and publisher «Demruth».

There is almost nothing real in «Antichamber». From the gameplay to the subject: what you will be experiencing going to be abstraction, yet still comfy abstraction. Subject lies in you exploring and understanding the game’s world mostly. But at some point, some dark entity will be presented to you – again only for you to explore where is it heading to, and yourself think what is it means.

In the game you are going to solve puzzles. Every puzzle begins with some philosophical wisdom and this verbal wisdom is an answer to the visual puzzle. It is most of the time not the clearest clue, but many puzzles can be solved only if you will relay on the wisdom it gave to you.

«Antichamber’s» best is playing with your perception. First as a gamer you will be strangely fascinated with what can gameplay be. Gameplay wise this game just dips you into the game like it’s your first-time gaming, because almost nothing is recognizable. Yet the game is still purely intuitive to play therefore it is minimalistic, so to be gamer is required. «Antichamber» will deconstruct your gaming experience to pieces, showing what you never saw before in details flavoring it with good amount of philosophy.

Then it is a philosophic game because it has many wisdoms with every puzzle and much contemplation to the whole game. Its aesthetics are abstract yet pure, like you are experiencing the new metaphysic world. And the only way you are moving in this world is by universal wisdoms.

Playing with gameplay mechanics, playing with the concept of a gameplay itself, the game with the narrative through gameplay – «Antichamber» is a true indie-game, vivid and strange even to describe, strangely beautiful and chilling, deserves 10 out of 10 for being niche self.