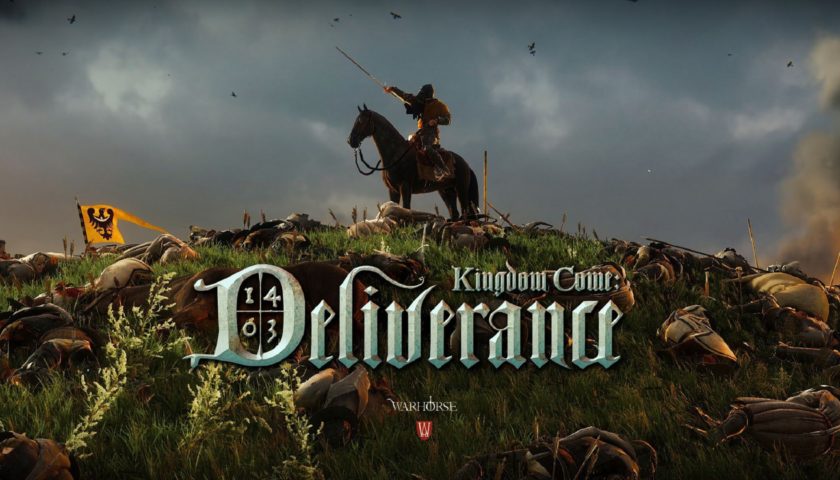 «Kingdom Come: Deliverance» is RPG taking place in 1403 Bohemia, Czechia, dark medieval times for the Roman Empire, when the civil war occurred between two brothers – Wenceslaus the 4th and Sigismund the Hungarian king. More precisely the subject moves around Henry, blacksmiths son, who wants to return his sword and his honor. Henry turns to serve sir Radzig Kobyla and investigate for him some bandit mystery connected to the war.

The main thing is «Kingdom Come: Deliverance» delivers unprecedentedly immersive simulation to medieval times at its core. As Henry you will eat at the tavern, sleep on the hay, hunt with your lord and your doggie, fight for your life and your honor, be a peasant or be a lord yourself. There are also possibilities to thieving and romancing or just visiting the baths, if you know what I mean… And many other things you would do in medieval times. As from being a monk to building your own village as a richtarge.

And maybe even more importantly you will be enjoying the views, the wild, pastoral life, beautiful rivers and lakes. Live the real life connected to the nature once again, because Kingdom Come delivers this possibility to appreciate the nature and beauty of contemplation. While on horse of without it, imagining yourself a knight or a peasant, you will be appreciating the sights in this game every time.

Between this you will experience the joy (or maybe not so much) of learning essentials about the game – from the gameplay to the politics. Gameplay wise the game is a perfect RPG, unless a bunch of annoying bags happening every now and then. Fighting is fun, thriving is fun, bargaining is fun, even surviving is fun, if you appreciate the immersion. Only the fighting system can come not the type for everyone and has some unexpectedly funny tree climbing during the epic fight. But features like combat wheel, wheel of thieving, running wheels from your enemies will keep you on pace.

Story is good, but sometimes subtle – realistic while has its medieval epic in it. With the additional quests combined it becomes the true journey all across medieval Bohemia with its anecdotic and anecdotal antiquity.

All in all, if searching for that type of experience, would highly recommend. It has everything if only not the pure action. 9 of 10 for perfect immersion and interesting game on its own.